Patients of ethnic minority backgrounds are dying at more than triple the rate if white Britons in England and Wales, according to a study.

The Institute for Fiscal Studies (IFS) found that they tend to live in areas hit harder by Sars-Cov-2. Of the 135 healthcare workers who died of the virus, 84 were from ethnic minority backgrounds.

The Office for National Statistics (ONS) found that London has 85.7 deaths per 100,000 population related to Covid-19.

Those living in deprived neighbourhoods have been impacted harder than elsewhere. Here are a few figures of some of the most hit boroughs of London: 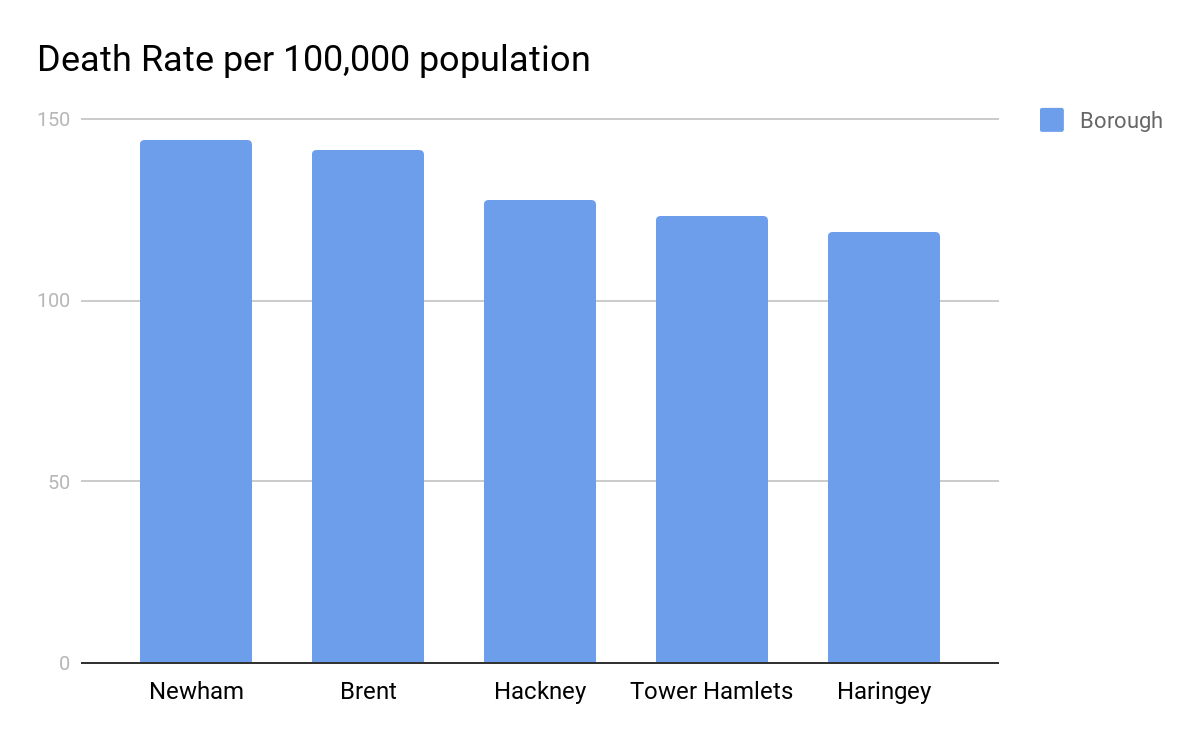