Julian Assange: The events leading to his arrest

Founder of WikiLeaks Julian Assange has been sentenced in the UK to 50 weeks in prison for breaching bail back in 2012. The sentencing comes days before World Press Day 2019 on May 3rd. But who is Julian Assange?

Julian Assange is an Australian journalist, computer programmer and software developer. His infamy started at the young age of 16, when he hacked into a telecommunication company’s master terminal. He was then charged on 30 accounts of hacking in Australia, however, Assange was exempted with only a fine for damages to Nortel.

Assange further improved his technological skills and enrolled at the University of Melbourne. But this did not last long. For ethical reasons, such as not wanting to use his intelligence to aid the military, Assange left university and did not continue his degree in Mathematics.

Only 13 years ago, Assange began working on WikiLeaks: a website that “specialises in the analysis and publication of large datasets of censored and otherwise restricted official materials involving war, spying and corruption. This website officially launched in 2007 and became one of the biggest whistleblowers of the century.

In June, 2012, Assange sought refuge in the Ecuadorian embassy in London and was granted political asylum in August of that same year. Ecuador decided to protect him under the fear that his right as a human would be violated if he were to be extradited to Sweden.

Two years prior, in December 2010, Swedish authorities issued a European Arrest Warrant under the allegations of two counts of sexual molestation, one count of rape and one count of illegal coercion. On December 6th of the same year, Assange turned himself into British police.

In May 2012, the U.K’s Supreme Court ruled that Julian Assange should be extradited to Sweden to face his allegations. This forced Assange to seek political asylum at the

Ecuadorian embassy but only on their territory and if he left the embassy, he was free to be arrested by British police.

In 2015, the sexual assault and coercion charges were dropped, while the rape charges statute of limitations will expire in 2020. In February 2016, a United Nations panel was held which ruled that Assange was unreasonably detained and that he should be released and compensated for his deprivation of liberty.

However, both Sweden and UK rejected saying that Assange would be arrested if he leaves the Ecuadorian embassy. On May 19th 2017, Sweden said that the rape charges against Assange would be dropped. Later that year in December, Assange was granted Ecuadorian citizenship, but his relationship with the country was starting to deteriorate.

This may have been as a result of Assange’s interference in the 2016 Presidential elections in America. Where 1200 emails from Hillary Clinton’s, one of the candidates in the presidential race, private server.

Earlier this year, in February, Australia granted Julian Assange a new passport as they feared that Ecuador would soon withdraw Assange’s asylum. Two months later, Australia’s fears came through Ecuador withdrew Assange’s asylum and as a result he was arrested at the embassy.

Following his arrest, it was announced that the WikiLeaks founder has been charged in the US for conspiring with Army Intelligence analyst, Chelsea Manning to break into a classified government computer at the Pentagon.

The following explainer shows the timeline of events before his arrest. 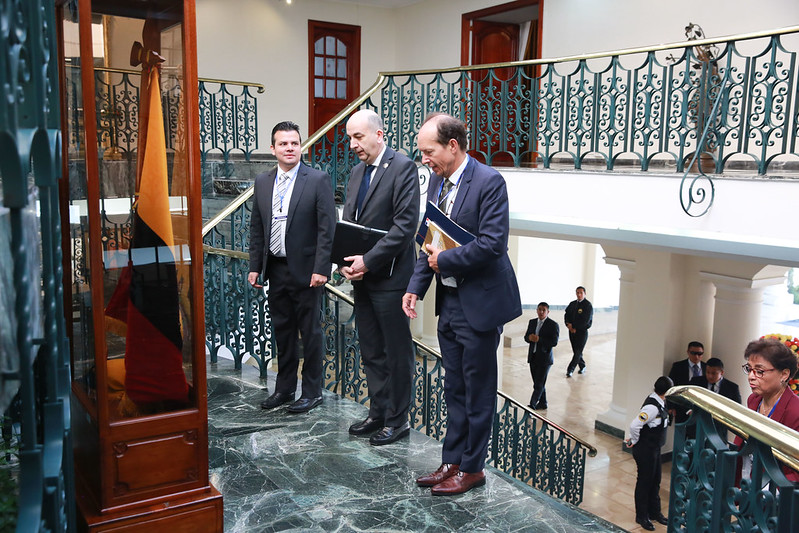